So Brady is now almost 6 months old and he's added a few new tricks to his bag.  He can sit up for a few minutes.  He can move anywhere around a room.  He's started eating rice cereal, although not too well.  Most of it still ends up on his chin.  And unfortunately, he is sleeping worse at night than he was 2 months ago.  I think he likes to eat more at night than during the day because during the day he usually has someone distracting because Joey or Daphne (mostly Joey) stands right behind Brady and screams or cries for me, so then he turns his head and doesn't want to eat anymore.  It's getting old.  We have all gone through colds this week (except Kevin) - we hope he stays well.
Joey is starting to potty train, even going tinkles in the potty a few times.  Oh, how we look forward to only having one in diapers again :) 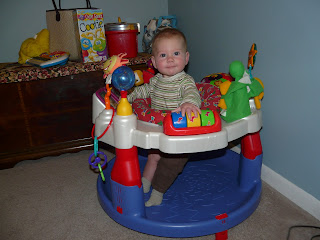 Brady in the Exersaucer. 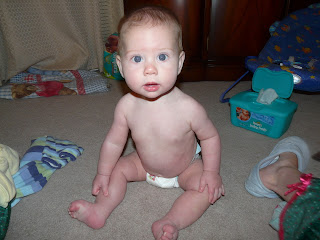 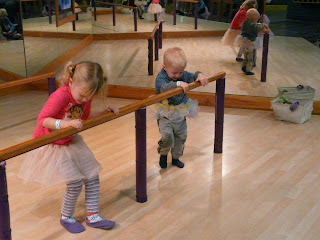 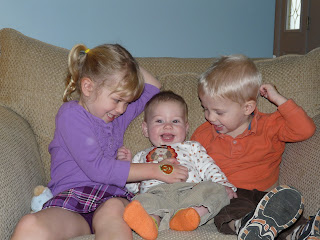 The kids on Thanksgiving. 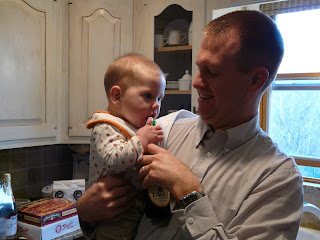 Brady enjoying his first non-milk drink?
Posted by Unknown at 9:20 AM No comments: